Lately, there has been a surge of interest in living independent of public utilities. With some of the cheapest electricity costs in the world, it seems only practical to plug into this extensive grid system that we’ve been 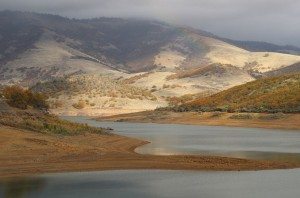 developing here in the U.S. for the last 125 years.  Yet, although the low cost and convenience seems attractive at first glance, for many, the lack of accessibility and grid fragility lead them to seek alternative energy source solutions.

So why live off-grid?  Well, let’s start with one of the most obvious reasons; your property isn’t close to, or hooked up to, that extensive grid of power lines crisscrossing through our landscapes.  With an average cost of about $80,000/mile for a power line extension, and considerably more, depending on the nature of your land. The costs of just getting a power source to your property can be as much as what you’ve budgeted for your whole house!  The economic viability of living off the grid isn’t only for those who are living ‘way out there’ either.  Renewable Energy systems themselves are proving to provide positive return on investments, “sometimes more than 14% in less than 10 years.”

A new high tech solar estimate calculator has come out recently that may help you out with any questions.  Although I found the estimated costs to be on the high side, I found the program they’ve developed for calculating costs to be cutting edge.

The problem with many solar installations is that they need to provide power to a pre-existing inefficient home, demanding more panels which brings the cost up. With the average US household electrical load at above 900 kWh/month, it’s no wonder many are turned off by their projected initial cost for a solar array. For those of you who are not “technoversed” or those who have never cared to learn what that kWh thing meant on the corner of your power bill, you can find a pretty simple explanation at eHow money.  The point is, this is an absurdly high amount of electricity being used to power our average households.  Living off the grid will give you the opportunity to create sustainable living habits and utilize the benefits of modern technology in building products and household necessities such as lights and appliances; all innovations that will drastically slash your average electricity load.

What is innovative and unique about the Haven, by Envirohaven, is that the design itself was created with the goal of reducing your average power load to as low as 100 kWh/month; approximately 1/9 of the energy used in an average household, comparing similar behavioral models.  This reduction in energy load means substantial savings, especially when living off the grid.  Less load= less solar panels, batteries, inverters, and wiring, saving you a bundle of money and time in maintenance.

Installing a Renewable Energy source system for your home also insures that you are taking preventative measures for the future.  Electricity generation and consumption are projected to nearly double 2007 numbers by 2035 along with a projected rise in electricity costs.  So why wait for electricity costs to go up before you convert to renewables?  With state rebates and federal tax credits of 30% on most all renewable energy systems, there is no better time than now to protect your financial future from when these finite fossil fuel resources spike in price.

Creating your own energy has more implications than being just a sound financial strategy.  Beyond escaping potential blackouts and power shortages, you are also doing a service to the planet. The world energy demand rose from 355 Qbtu in 1990 to 490 Qbtu in 2007 and is projected to scale to 739 Qbtu by 2035.  An increase in demand calls for an increase in production, and an increase in production means an increase of CO2 being pumped into our atmosphere.  This projection is made on the assumption that our energy infrastructure remains heavily reliant on fossil fuels, which it will, according to IEA projections.

Buildings account for 32% of the world’s total final energy demand.  Buildings also represent around 40% of most IEA countries’ primary energy consumption. That’s closing in on half of the world’s energy consumption, all of which could be drastically reduced with the use of renewable energies, efficient design, and the implementation of simple energy conservation methods.  Continued development of holistically sustainable designs like the Haven can help to achieve this goal for substantial energy reduction.

We understand going off the grid isn’t for everybody, but being conscious of the necessity to conserve is. Everybody deserves to be educated on the issue.  Being aware of the opportunities out there to help facilitate conservation, and why it’s necessary, is the first in treating the wounds we’ve inflicted on our planet.

Envirohaven® provides Sustainable Housing Solutions for those that seek more comfortable and usable interior space, more energy efficiency, and more durability with fewer materials and less maintenance. The Haven™ home offers a perfect solution for those seeking a sustainable lifestyle in remote and rural locations.

HERS is your MPG when seeking a Sustainable Home

Envirohaven Nominated for Sustainable Design as Leader in Sustainability

We are committed to sustainable living and green homes. That's why we enjoy writing about the latest news and developments in green technology and green building. Subscribe below to receive notifications of new posts and to help further public awareness by contributing with your comments.

Get The Latest News!